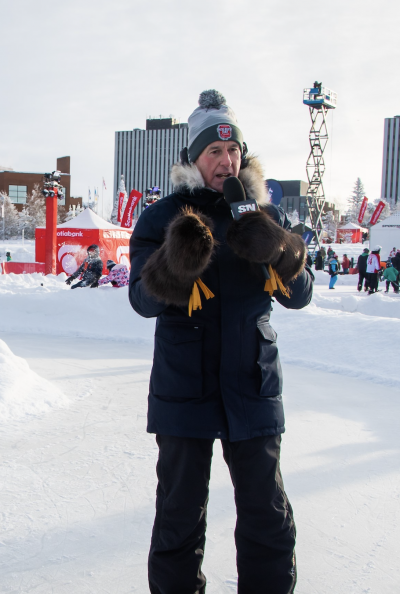 Scotiabank Hockey Day in Canada celebrated a milestone on February 8, 2020 when the 20th edition was hosted from Yellowknife, Northwest Territories. For 20 years, the program has crisscrossed the country celebrating the love for the game of hockey from coast to coast to coast. The show was an extensive 12.5 hour program that is a telecast unlike any in Canadian Sports television. Over 150 people were involved in the broadcast that involved 8 live locations across the Country.