In Conversation with Vincenzo Natali

An intimate conversation with renowned director Vincenzo Natali. Known worldwide for his unique style and strong aesthetic, Natali has directed across many genres with some of his most compelling work born of sci -fi and horror. We’ll hear how Vincenzo approaches his work and why storyboarding his projects gives him the freedom to be flexible. We’ll delve into the ups and downs of the industry, the way in which Vincenzo’s process changes from film to television, and how his latest film, In the Tall Grass, comes at just the right time. 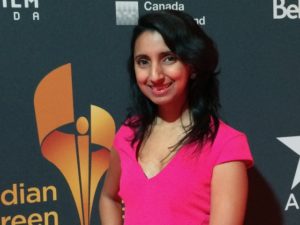 Priya has over 15 years experience in various areas of the Canadian film & tv industry. She produced and starred in the comedic short, RAJU’S BLIND DATE, which was adapted as a series of radio plays for CBC Radio. In 2004 Priya was awarded the prestigious OMDC Al Waxman Calling Card grant. Her feature film KUSH KUSH IN THE BUSH, is a romantic comedy being directed by Richie Mehta. Priya was awarded the Trailblazer Award at the 2006 Reel World Film Festival for her work promoting diversity onscreen, was a councilor for ACTRA Toronto and is a founding Board Member of ACTRA’s Credit Union.

As Head of Content for the Banff World Television Festival she conceptualized and programmed a schedule of panels and workshops focusing on television and digital media. In addition to her role overseeing the logistics and execution of the festival overall, Priya was integral in the creation and launch of the Canwest Showrunner Training Program and the Telefilm TV360 Program, and brought top-tier US agents out to Banff for the first time in 2009. Prior to joining Banff, she spent 3 years with the Canadian Film Centre’s Worldwide Short Film Festival, programming the Short Films, Big Ideas Symposium, and was Director of Programming for Toronto’s Rendezvous with Madness Film Festival. She has also programmed and produced Prime Time In Ottawa, Realscreen Conference and Playback Summit. 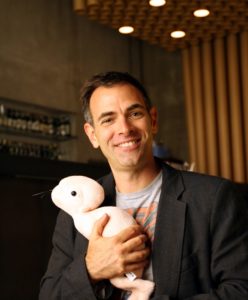 Vincenzo is one of Canada’s most prominent directors working in the realm of science fiction and horror. His first breakout feature and cult-classic, Cube, became a worldwide success breaking international box office records for a Canadian Film. He then went on to direct the spy-fi thriller, Cypher, and the existential comedy, Nothing. His next major feature, Splice, was the highest grossing English-language Canadian film of 2010. Vincenzo then began directing television, lending his talents to critically-acclaimed series Hannibal, Orphan Black, American Gods, and Westworld. After completing a pilot for the reboot of Tremors (2018) with Kevin Bacon, Vincenzo returned to his feature film roots with In The Tall Grass (2019), based on the Joe Hill and Stephen King novella. All of Natali’s film and television work is marked by his interest in using genre to explore the essential dilemmas of the human condition. The first record young Vincenzo purchased was Synchronicity by The Police. His favorite books include: The Painted Bird by Jerzy Kosinski, Lord of the Flies by William Golding, and 1984 by George Orwell. Movie: The Shining.