Lana Marie Hattar worked in the post-production industry for 20 years before landing her big break: re-recording mixer for the upcoming Netflix series, Sex/Life.

In part, she says, this prolonged timeline was due to sexism in the industry.

“Over the years, there were certainly biases in choosing to push forward men over women. I have experienced this bias through many stages of my career,” Hattar said.

Hattar started at the post-production facility Company 3 in an entry level position as a film projectionist. Since then, she’s been working her way up the career ladder at a rate that is clearly slower than her male counterparts.

For Hattar, achieving gender parity in post-production is simply good business. Having both men and women involved in the post-production process makes better TV shows and movies.

“You really have the best of both worlds for your audience when men and women work together on a film or television series,” Hatter said. “There are nuances that each of us pick up on that perhaps the other may not have.” 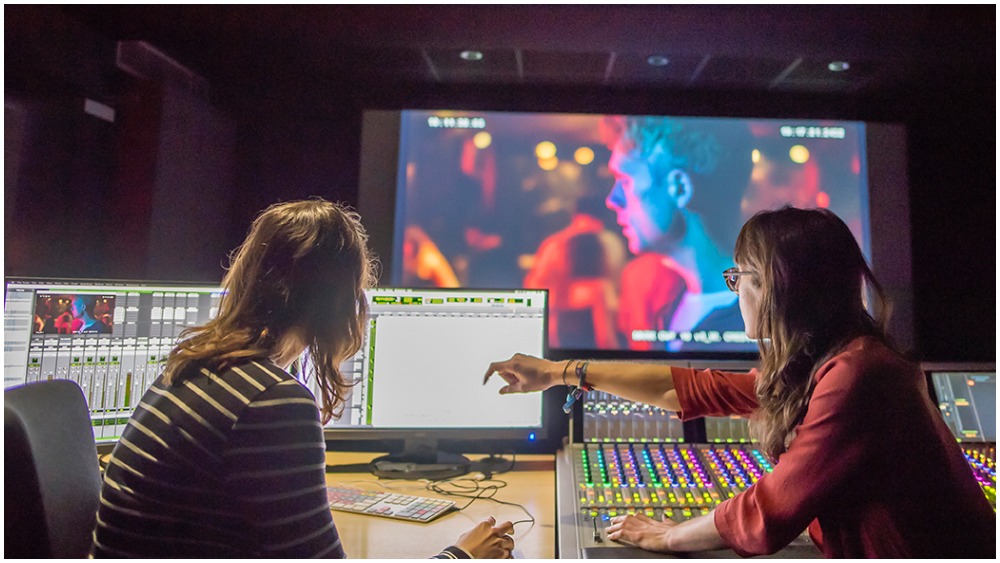 Like many industries, diversity and inclusion has long been an issue in the world of post-production. According to Caroline Simpson, head of production at Company 3, the industry has been “historically male-dominated.”

“As with many industries, I do believe there is a gender gap,” Simpson said. “However, things are changing, I have seen a significant change during the (eight years) I have been at Company 3. More talented women are entering the industry, and these women are a force to be reckoned with.”

And to ensure these women succeed, new support programs are popping up across Canada at an exciting rate.

Most recently, the Academy of Canadian Cinema & Television launched a new program called Women in Post, a new initiative dedicated to providing high-level mentorship, industry knowledge, and access to women and women-identifying creatives working in post-production, especially those from under-represented communities.

Presented by Netflix, with Lead Post House Partner, Company 3, the eight month program will offer six women-identifying participants from across Canada the chance to develop their technical and creative skills, gain visibility, and create a supportive network within the industry. Each participant will also receive a $2,500 stipend and complimentary membership to the Academy of Canadian Cinema & Television.

There’s no doubt that things are looking up for women in post-production. Since joining Company 3, Hattar has seen a concerted effort to improve gender parity across the company.

“I have seen an effort to achieve balance between genders across departments,” Simpson said. “It’s something we need to be mindful of as we build teams. A gender balance is crucial when striving to create an emotionally-intelligent workplace.”

However, change doesn’t happen overnight, Simpson said, and there’s still lots of work to be done.

“I am confident we will continue to see more and more women in the post-production industry, and I”m excited for future generations of women. I’m humbled to be part of the change.”

Written for the Academy by Meghan Collie