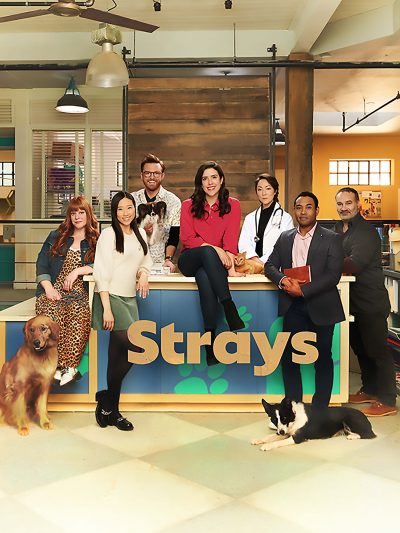 Strays follows Shannon Ross (of Kim’s Convenience) as the new Executive Director of the Hamilton East Animal Shelter, where she is boss to an eclectic staff. Now in her 30s, Shannon is putting Toronto in the rearview to focus on a new job, new relationships and reuniting with family.