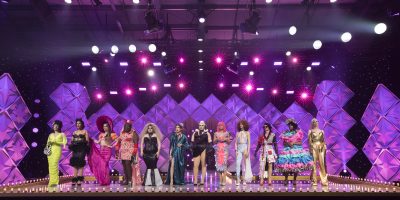 Canada’s Drag Race is a 10 x 1 hour competition series that follows 12 Canadian drag artists as they compete for the title of “Canada’s Next Drag Superstar.” Each episode tests their talents and challenges them to master singing, dancing, acting, impersonation, costume making, and improvisation. Judging the series are a panel of entertainment industry experts, including Brooke Lynn Hytes, Brad Goreski, Amanda Brugel, and Traci Melchor, along with a weekly celebrity guest. One competitor is eliminated at the end of each episode, until one Queen is left standing with the crown, scepter, and title. Throughout this journey, the Queens share their personal struggles, successes, and show the importance of celebrating everyone’s charisma, uniqueness, nerve, and talent.