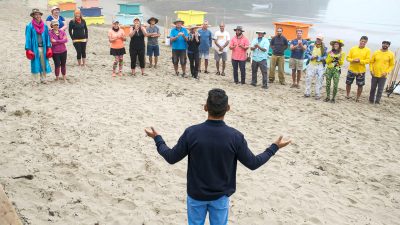 Race Against the Tide - "Things That Go Bump in the Night"

Race Against the Tide brings 10 world class sand sculpting teams to shores of the Bay of Fundy, New Brunswick to compete in the ultimate outdoor art tournament. They’ll dig, pound, carve and sculpt to create extraordinary works of art – entirely made from sand! But here they must battle each other, and Mother Nature in order to avoid elimination. Each week, the artists will have just six hours to create their epic sand sculptures before the highest tides in the world rip them back out to sea. In the end, only one team will reign supreme and walk away with the grand prize of $10,000.