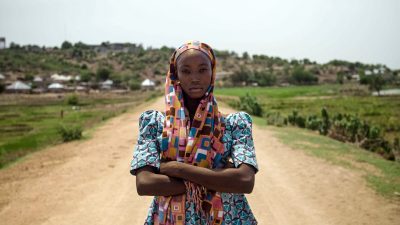 Captive is a powerful, personal journey of surviving the physical and psychological pain and trauma of captivity and the toll conflict takes on women and girls. Filmed over four years and several high-risk trips into north eastern Nigeria, writer and director Mellissa Fung meets several brave young women who have escaped imprisonment by Boko Haram and who are now trying to rebuild their lives. Through their struggles, Fung comes to terms with her own past, confronting the deep trauma she thought she had long buried.