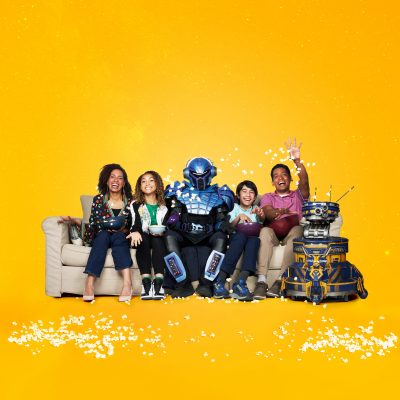 The original half-hour, live-action, single camera family comedy follows the Underwoods, a North American family, whose lives are turned upside down when their distant cousin, Overlord, the second most wanted villain in the universe, seeks refuge in their home after being forced into intergalactic witness protection. After snitching out his boss, the evil Mega-Lord Supreme, Overlord is sent to live with his incredibly nice, distant cousins on Planet Earth. Over the course of the series, the evil Overlord and the very sweet Underwoods discover a thing or two about each other as they learn to treasure the value of family and the importance of true friendship, diversity, and compassion.