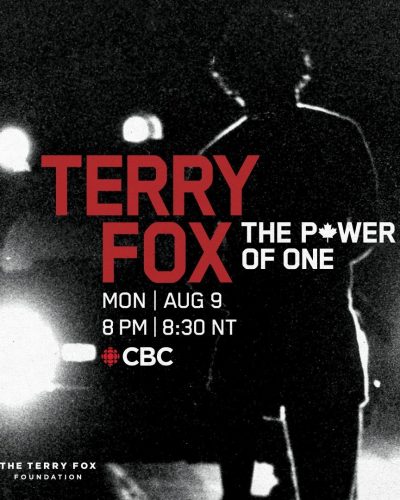 Terry Fox: The Power Of One

Terry Fox: The Power of One, the special aired on Aug. 9 on CBC and CBC Gem to celebrate the enduring legacy of Fox’s Marathon of Hope. It featured musical performances by Alessia Cara, Tom Cochrane and William Prince along with a number of special appearances by Canadian celebrities and public figures.