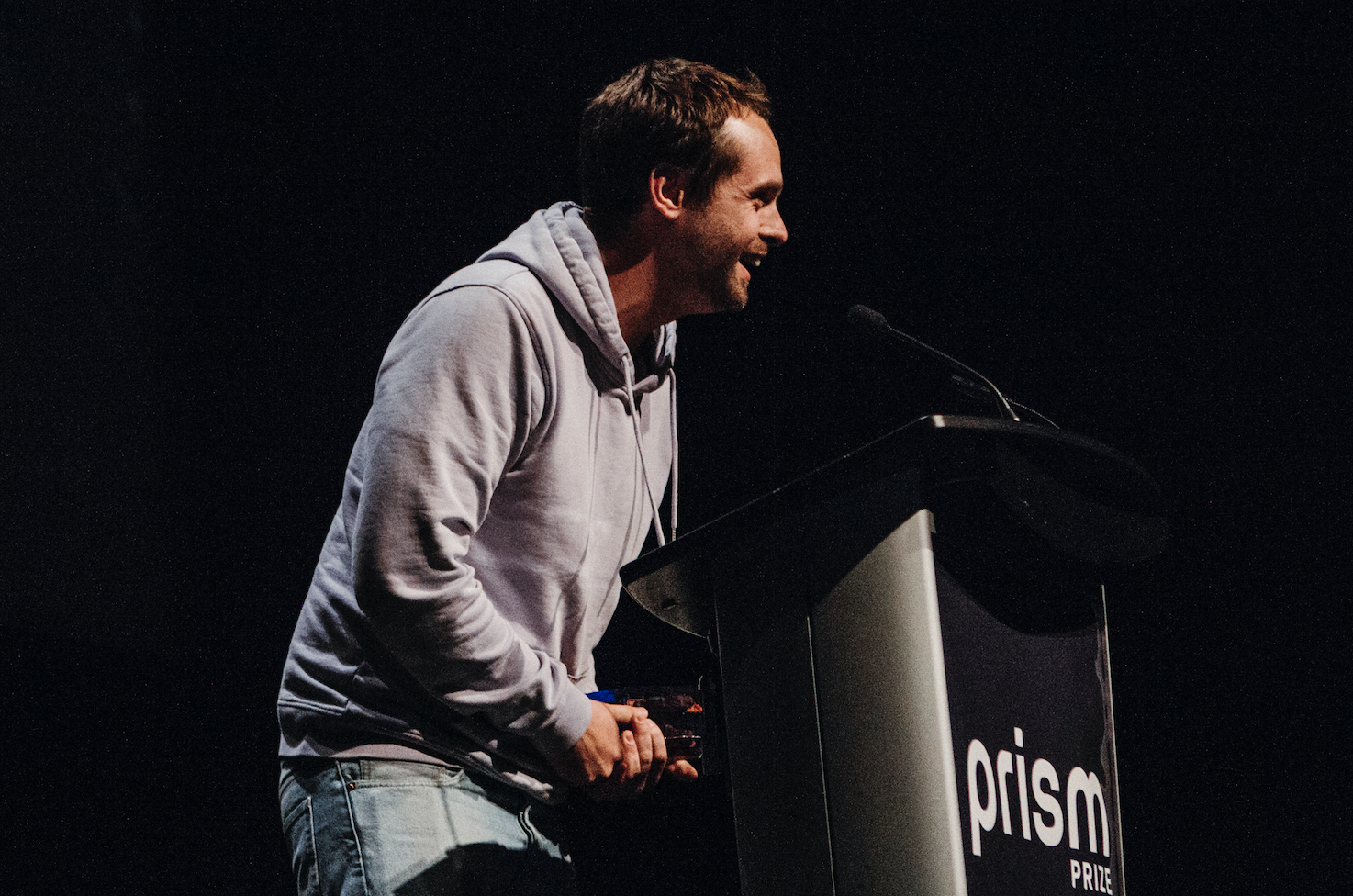 For those who’ve followed director Kevan Funk’s work over the years, his Grand Prize win for Belle Game’s “Low” at this year’s Prism Prize Top Ten Screening & Awards Presentation came as no surprise. A 2019 dual nominee (his clip for Blue Hawaii’s “Do You Need Me” also cracked the Top Ten), he’s made the Prism list twice before, with 2017’s “Stadium Pow Wow” for A Tribe Called Red and 2016’s “Miniskirt” for Braids. His music video work has garnered a Much Music Video Award, a “Vimeo Staff Pick” designation and numerous MuchFACT grants (in fact, his video for “Low” was the very last video to be offered funding through that program). The Prism Prize jury has had their eye on Funk since his days working on the West coast, where he spearheaded videos for bands like Mounties, Brasstronaut, and The Zolas, while Canadian Academy members may have become familiar with his work through his feature film debut, 2016’s Hello Destroyer, which garnered four Canadian Screen Award nominations.

On the heels of his big Prism Prize win, we spoke with Kevan Funk to find out more about the process behind “Low,” the differences between film and music video production, and what being a Prism Prize Grand Prize recipient means to him. 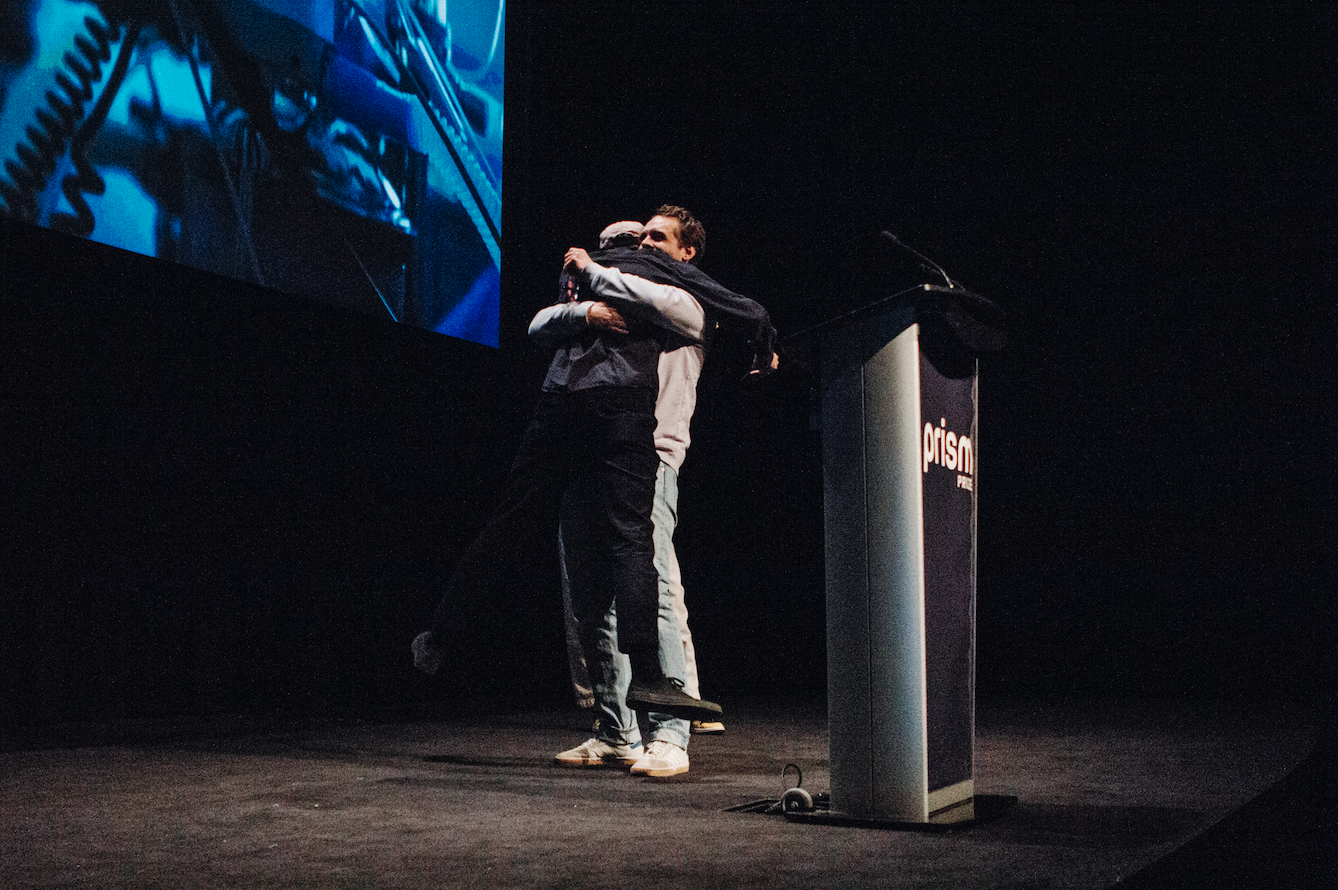 You’ve been coming to Prism Prize since the beginning, with several nominations in the past. How does it feel to win?!

It felt wonderful. It felt surprising. It felt humbling. I really admire the Prism Prize and the work that it illuminates; I think it’s tremendously important. So winning the award comes with a huge amount of appreciation.

Can you walk us through the ideation of a new video?

For me, ideation is something that always starts big and gets refined down. This is true in my narrative filmmaking, as it is in the music videos I direct. More than an aesthetic approach, I’m driven by a conceptual one. Sometimes that conceptual anchor point is very direct, a statement of my personal perspective or commentary on an issue/idea, like in my feature, Hello Destroyer. And other times, often in music videos, that conceptual thesis is more of a luminary means of exploration. The goal, generally, is to try and distill some sort of essence of the song that will then shape the concept. I try to avoid being too literal in terms of my interpretation of a song because that can be remarkably limiting and usually ends up feeling somewhat lifeless to me. I want to find something that works in tandem with the track to enhance it. Something that is separate and its own, yet (if done right) feels utterly interconnected and inseparable.

At this point in my career, I generally try to put myself in a position where the label and band trusts me and gives me a great deal of creative freedom. This is obviously a huge privilege, one that I’m very much aware of and grateful for. But […] if I’m going to pour in the requisite amount of energy to make something special, I want to know that there is trust there, from the beginning. It is, of course, a collaboration and I find it really helpful to bounce ideas off of the band and really get a sense of what they want to express with the video, I don’t go in completely settled on an idea and bulldoze my way through, I really enjoy that collaborative process, it’s kind of like building a puzzle where you’re creating your own pieces.

With “Low,” the general concept of this video had been in my mind for quite some time, a few years in fact. When I heard “Low,” I felt that the concept could work and thankfully, Belle Game bought in on the idea immediately. They really put a lot of trust in me and let us run with it.

This song’s lyrics probe the idea of the emptiness of hookup culture and the darker side of sex, body image, and self-worth. Your video explores those themes without the guidance of a strict narrative. What do you hope the viewer takes away from “Low?”

This is a good example of what I mean when I say I’m interested in searching for the essence of a song when approaching a video, not so much just creating work that is a literal interpretation. The lyrics of the track are heavy – Andrea [Lo, lead singer of Belle Game] really reflects on some incredibly difficult thoughts and feelings. There is a deep, soulful interrogation going on there. I wanted to match that sense of resonance with the visuals but I didn’t want the audience to feel completely weighed down and emotionally exhausted by the video. The lyrics already pack such a powerful punch; I didn’t want to bludgeon the viewer with what we created.

There is definitely some arresting imagery in the video, but I wanted it to be something that was beguiling and captivating, more than anything. I was very interested in this intersection between sexuality and technology, what sort of images and emotions inhabited that space. I wanted to peek behind the curtain and explore the construction (literally and figuratively) of mainstream, heteronormative standards of beauty and sexuality in a very direct, confronting way. There was an interest in how these different transformations or processes of construction either distance us from a sense of human identity or, conversely, echo an intriguing and uncanny humanization: a look at the construction and articulation of sexuality in the uncanny valley.

This video is not intended to make some definitive statement one way or the other. I probably went into this project feeling like the outcome would be something that had more of a specific opinion, a critical or ominous one, but the experience of the shoot itself changed that perspective to me. I found the spaces that we were able to enter to be equally fascinating, haunting, and beautiful.

The video is so captivating because it lets us into places we rarely see, and shows us people and situations that could be considered niche or taboo. Talk to us about how you obtained the (significant) access you had.

We made a huge list of places that would fit under the video’s conceptual umbrella and then just pursed them all. More than anything it was a lot of patient, painstaking time on Google. There were a lot of unanswered calls, unanswered emails. The important part on our end was to be as accommodating and flexible as possible and having a super small crew so that we could go into places that would otherwise shun the burden of production. It’s […] a creative challenge that implores you to be more thoughtful and open-minded about your approach. It’s a privilege just to be let in the front door, and you have to treat it as such. If you act that way, generally I think you’d be surprised by what you can get access to.

You made this video with only three other collaborators. Can you tell us about the experience of shooting with such a small crew?

I guess it could be considered an unusual crew size but, frankly, it’s how I prefer to operate. I think that there is often a perception in filmmaking that we need all these tools, all these people, etc, but really, the only thing that’s essential is a camera, that’s it. I love being nimble and flexible on a shoot, it allows for greater access but, most importantly, cultivates a sense of intimacy and immediacy. The tools of production often feel like they’re weighing me down, the footprint of a shoot can become so cumbersome and arduous. The more I’m able to strip all of that away, less gear, less people, the more I feel like the process is alive. 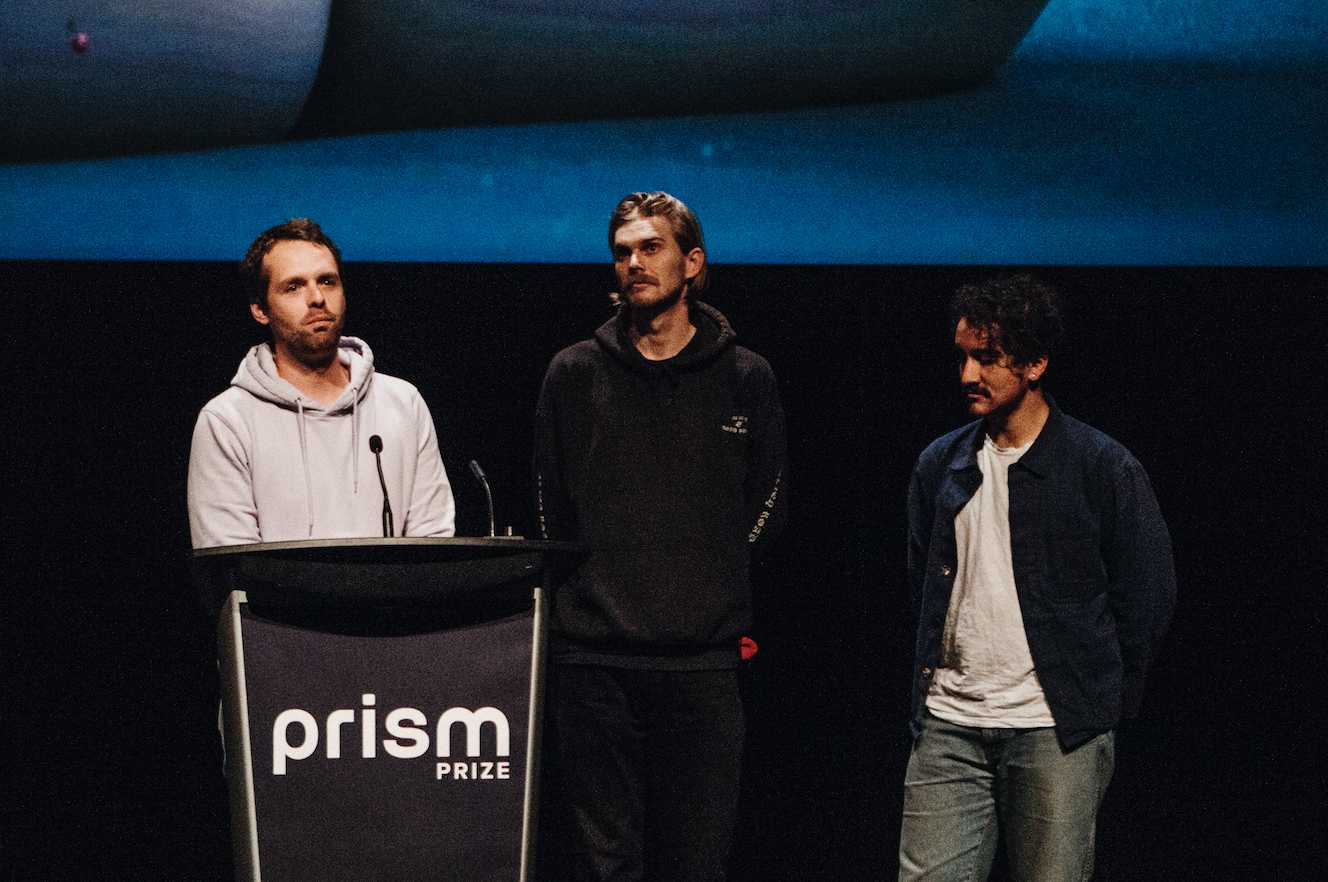 In contrast, a feature involves hundreds of people working at the various production stages. What surprised you most about moving into the world of feature film?

There wasn’t a massive difference in terms of the feel on Hello Destroyer to that of my music videos. The production of the film had the same spirit as our approach to music videos in many ways. Hello Destroyer was made with a modest-sized crew, most days we were under twenty people. But it was a lot of individuals who really believed in and cared deeply about the project, and that sensibility, that passion, is immeasurable in terms of the final outcome of a project. Obviously you’re scaling up, particularly in terms of the time you spend on a project, but the shift from short films and music videos to the feature felt very seamless. 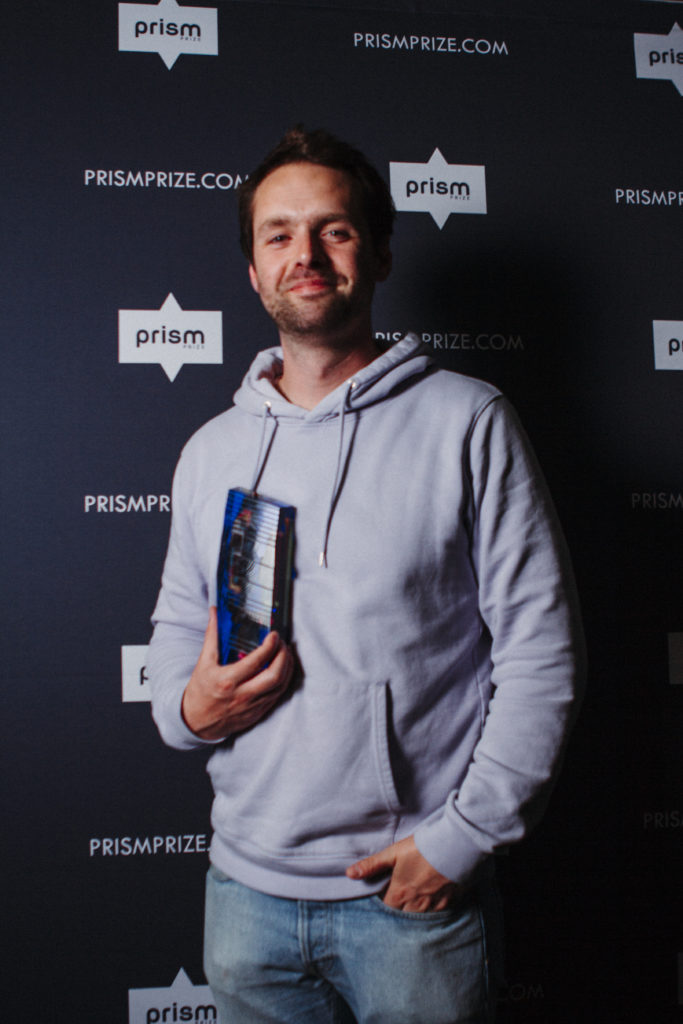 We often talk about music video as a training ground for filmmakers, but that implies that once a director starts making films, they’ll never go back. In your own artistic practice, do you think music videos will always be part of the conversation?

It’s a space that allows you to learn and explore. And that’s something that I want to do for the rest of my life. That’s invigorating. I don’t want to ever be in a place that’s just comfortable, that I’ve “arrived;” I think that is somewhat of a death knell. And music videos are such a great avenue to keep pushing and pursuing new ideas. I never see myself walking away from that.

Interview conducted by Neil Haverty for the Academy.