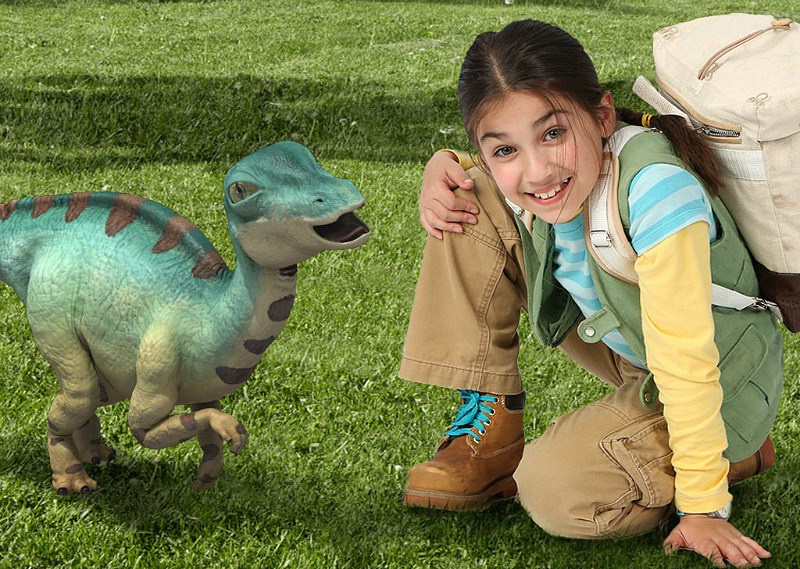 Introducing Dana, a 9-year-old ‘paleontologist in training’ who (like Dan and Trek before her) eats, sleeps and breathes dinos. So much so that her Dad made her a special backpack that she can transform to look like any dinosaur she wants. Dana has a 12-year old sister Saara, who she’s always trying to get to ‘play’ dinosaurs. Saara is a little shyer than Dana and though she likes dinosaurs she’s definitely not as obsessed with them as her younger sister. Fortunately for Dana, after a chance encounter with Trek and his Dino Field Guide, Dana can now see dinosaurs too! What’s more, when Dana transforms her backpack, the dinosaurs think she’s one of them –allowing her to get closer to the action than any of her predecessors. With 10 new dinosaurs, including for the first time 2 prehistoric mammals, Dino Dana continues the Emmy award winning tradition of imagining the awesomeness of the past into an adventure in the present.