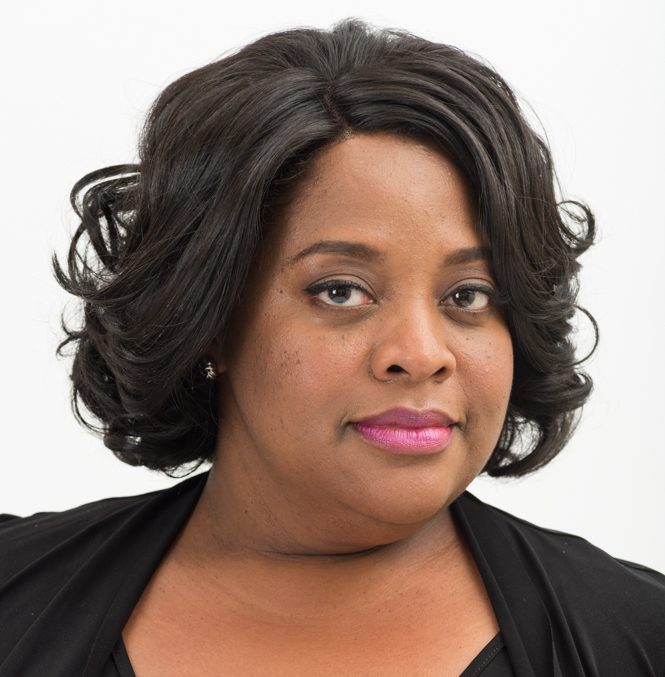 SHERRI SHEPHERD (Maureen) is a television personality, best-selling author, comedienne, and actress, best known as co-host of ABC’s The View, for which she won a Daytime Emmy.  Currently she is the host of The Cooking Channel’s Holy and Hungry.

Sherri’s notable roles include her frequent star appearances on 30 Rock and Hot in Cleveland. Her other TV credits include, One for the Money, Think Like a Man, and recurred on The Soul Man, and How I Met Your Mother. She earned executive producing credits for her own sitcom on Lifetime entitled Sherri.  She competed as a contestant on Dancing with the Stars, and made her Broadway debut as the first black wicked stepmother in the Tony award-winning musical Rodgers + Hammerstein’s Cinderella. Her film credits include CRASH and PRECIOUS. She co-stars in the upcoming indie WOODLAWN and recently appeared in RIDE ALONG 2.

Sherri became a New York Times best-selling author with the release of her books, ‘Plan D: How to Lose Weight and Beat Diabetes Even If You Don’t Have It’ and ‘Permission Slips: Every Woman’s Guide to Giving Yourself a Break.’

Watch Jean of Joneses on iTunes